It’s not every day that someone fortuitously starts a modeling career on the runway, instantaneously becomes a print modeling sensation for internationally branded companies, transitions into acting from commercials with locally successful businesses to nationally award-winning television and online series, and even appear in a legendary feature film sequel that’s decades in the making! Now, imagine accomplishing all of this in JUST 3 YEARS!!!! The person to accomplish this is none other than Monica Haynes! 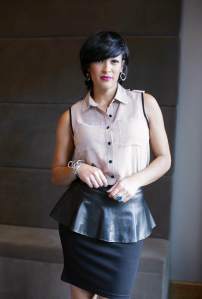 Monica was born in Cincinnati, Ohio, and grew up very much a local sports player and enthusiast (or as she would say, “Go BENGALS, BEARCATS & BUCKEYES!”). As a player that excelled in both basketball and volleyball, Monica arrived in the DMV on a full athletic scholarship to play volleyball at Morgan State University. When she wasn’t making history (as her 1998 team became the first HBCU to ever go to the Division I NCAA Tournament), she excelled academically also, achieving both a B.S. in Marketing & an M.B.A. from the Baltimore institution in 2001.

After working a 15-year corporate career in territory sales, Monica found that something was lacking…passion and purpose! Thus, she became an entrepreneur and pursued a modeling career in 2012, which, in turn, lead her to quit her corporate job in January 2014 and become her own boss! She states that it was “a scary leap of faith, but I am so happy I did”. In addition to running her health & wellness business, called “Wrap Maven” (www.WrapMaven.com), she also has a beautiful family, with a husband, Leonard IV, and 2 children, Hayden & Leonard V (aka “LV”)…aka her #1 fans, of course!

Now, as far as Monica’s modeling career, A LOT can happen in 3 years! Ok, so here’s the rundown…are you ready? So, she has 3 (not 1, not 2…but 3) agencies (Modelogic Wilhelmina, Click Models, and Marilyn’s Model and Talent Management); her print publications include: Walmart, Canon USA, Gaylord Hotels, VistHershey.com, University of Pennsylvania, National Smithsonian Air & Space Museum, Essence.com, and JET Magazine; and her runway appearances include: Korto Momolu (Project Runway season 5 runner-up), Seth Aaron (Project Runway season 7 winner), Luis Valenzuela, Bolivia Moda, SaintCHiC. The culmination of these things (and much more), have led her to be nominated all 3 years as “Print Model of the Year” & the winner for 2014 Fashion Awards MD (FAMD). 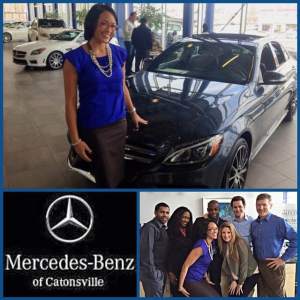 Speaking of which, let’s see what else she has to say about journey thus far:

Q: What part of the DMV are you reppin’?
A: I’m repping for Anne Arundel County, Maryland. Woot Woot! While I am a native of Ohio, and my husband is a native of Louisiana, we fell in love with the DMV area after attending college here. We love it here!

Q: What influenced you to engage in your talents/gifts?
A: Growing up as an extremely shy and conservative girl from the Midwest, I absolutely LOVED the camera. I never really thought the modeling industry would be something for me, but I was introduced to the industry through my daughter’s interactions. In July of 2012, I took her to an audition for a huge fashion show happening in the National Harbor of MD that was to showcase a girl’s line of clothing called, My Bougie Baby. Immediately following Hayden’s audition, a fashion designer by the name Kenny “Kas” Flanagan, asked me if I would consider modeling in his adult line of clothing called Kas Collections, Inc., an amazing line of couture designs that was to be the highlight of the National Harbor event. With no runway experience or training, he asked me to audition on the spot. EEKS! Long story short, Kenny added me to his lineup of models for the show. Who knew? While I was so fearful [with emotions], my runway debut was one of THE best moments of my life. What I thought would be just a fun, one-time “bucket list” experience turned into me pursuing this industry head on. I have not looked back since. I want to thank any and every body who has given me an opportunity. You know who you are!! Your belief in me and your encouragement has meant the world. XOXO

Q: How has your community influenced you, and vice versa?
A: The DMV fashion community is a talented group of professionals. It’s a small community, and from my 3+ years of working as a model, I have built some pretty awesome relationships with some amazing people. While runway was my first experience, I developed a niche in the Lifestyle and Commercial Print realm of modeling. I absolutely love the industry and hope to continue as a print model for years to come. I am blessed to find work in the DMV area, but also along the entire East Coast. I am represented by 3 wonderful modeling agencies, and I also freelance from time to time. Last year, I was humbled in being selected “Print Model of the Year” for the Fashion Awards MD (FAMD). What an honor to be recognized by the DMV community and my peers. Shout out to FAMD’s creator, Lana Rae, for the opportunity!

Q: When did acting become a passion of yours?
A: As a model, you essentially are acting in front of that camera. I got the itch to pursue acting while doing a few TV commercials with my daughter. I have been blessed to play her “mother” on many occasions, which has been such a joy. This Fall, I landed a small acting role in the hit Neflix TV series “House of Cards”. I appear in Season 3 as a secret service agent. Landing that small role was so exciting, and made me want to explore acting even more. I have done a few other acting projects and commercials since then, and can’t wait for what else is in store for me.

Q: How is it to work with your favorite co-stars…your kids?
A: I call my daughter, Hayden, the “veteran” as she started in the industry before me. I admire her fearlessness and confidence. She takes direction so well and has a true passion for what she does. Modeling and acting with her has been priceless. We have created memories to last us a lifetime. My son, LV, has done a few projects with us too. We are “testing the waters” with him, but he has held his own so far. While I don’t think he has the “bug” like Hayden, it has been so much fun having him tag along on a few projects. I’ve even dragged my husband on a few shoots where the client preferred a “real” family, and it was a blast. He won’t admit it, but I think Leonard loved it. lol

Q: If there’s anything that you would want your peers & supporters to know about you (assuming that they don’t already), what would it be?
A: Thanks for asking this question, Erica. My journey so far has been such a rewarding one – but it almost did not happen. I want to remind the readers that you are never TOO old or TOO young to DREAM, or even re-DREAM. If you have a passion for something, GO FOR IT! Be purposeful, be intentional and conquer the world with that passion. It’s a beautiful thing when a career and a passion come together. I encourage those who’s dreams have not yet come to fruition…keep dreaming, keep pressing forward, don’t ever give up. Remember, your dreams do not have an expiration date.

Q: What’s next?!
A: Season 3 of “House of Cards” will be released on Netflix on 2/27/15. I’m a fan of the show, so I am so honored to play a small part in the new season. I also have small background parts on the new season of HBO’s “Veep” (airing in March) and an upcoming motion picture, “Creed” (Rocky 7), starring Sylvester Stallone. I recently had the pleasure of shooting an episode of “House of Horrors: Kidnapped” that will air on the Investigation Discovery (ID) channel in May. Stay tuned for more, this is just the beginning – I am dreaming BIGGER!

Continue to keep up with Monica’s big dreams through her social media sites: Facebook (Monica Scott Haynes) and Instagram (@WrapMaven).

Yesterday, was a day to definitely remember in the world of entertainment.

Earlier in the afternoon, came the news that Oscar-winning dramatic actor, Philip Seymour Hoffman, had passed. The suspected cause is of an apparent drug overdose. Hoffman’s dramatic career has been very respectable from the time that we saw him in Twister as the lovable, free-bird, Dusty, to the serious game-changer roles in movies such as The Talented Mr. Ripley & Capote, to his current act in the blockbuster series, The Hunger Games.

If the cause is true (according to the autopsy), this will be one in the VERY many unfortunate deaths of tragic geniuses in the world of the arts. Like his counterparts, Mr. Hoffman’s gifts will be greatly missed, but his legacy will live on through his pre-existing bodies of work.

Later that evening, the sad news continued, only it was in a different realm. An event that millions of people worldwide have been awaiting to see on this day, was none other than Super Bowl XLVIII! The matchup was destined for greatness as the #1 offense, Denver Broncos, and the #1 defense, Seattle Seahawks, faced off head-to-head. The high anticipation quickly fizzled, as the Seahawks showed up and showed out, and the Broncos, well…were really nowhere to be found.

However, there was a very bright side to this evening (aside from, yet positive weather spin). There was a trending social media post that said it best…”Apparently, there’s a football game at the Bruno Mars concert”! A good play on words, yet truer words were never spoken. For those whom were unaware of Bruno Mars, or were not convinced that he was “Super Bowl Halftime Show” worthy, they were a believer by the end of this show. Mars captivated his audience (in-person & via television) from the opening of his rockin’ drum kit solo, through his up-tempo, hit tunes (which included a very James Brown-esque dance break), to performing with his special guests (the always hip and rockin’ Red Hot Chili Peppers) on their classic hit, “Give It Away”, and finally ending with a heart-warming tribute to America’s military soldiers with his first hit single, “Just the Way You Are”.

The timing could not have been more perfect (or calculated), as Mars had just released dates a couple of weeks ago for his second round of tours, called the “Moonshine Jungle Tour”. Great news for the DMV, he will be back on July 11th at Jiffy Lube Live, and will be joined by rising soul singer, turned pop/commercial success, Aloe Blacc! Tickets have gone on sale today, and are now available on Ticketmaster.